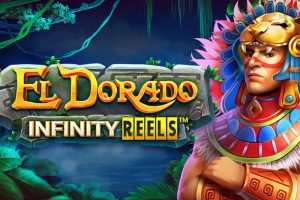 Major gambling products and services provider Scientific Games is set to further strengthen its foothold in the New Jersey online gambling market through its partnership with iGaming content provider ReelPlay.

As part of the partnership between the two companies, Scientific Games will launch ReelPlay’s content with Golden Nugget Online Casino.

Aside from ReelPlay’s older games, the launch will also include the studio’s El Dorado Infinity Reels slot, the first game from its portfolio to feature its new Infinity Reels mechanic.

The addition of the slot to Golden Nugget’s existing offering will be the first time the unique iGaming mechanic will be seen outside of Europe. ReelPlay’s Infinity Reels innovation provides slots players with the chance for a respin with each Infinity Reels spin. This adds multiple expanding reels with a progressive multiplier to the game’s grid.

As mentioned above, El Dorado Infinity Reels was the first game in ReelPlay’s portfolio to feature the new mechanic. The game was launched in November 2019 and has already proved extremely popular with slots fans across Europe.

Golden Nugget’s online casino is the first partner to choose to go live with ReelPlay’s games in the United States. The land-based Golden Nugget is one of the nine operational casinos along the Atlantic City Boardwalk.

Commenting on their New Jersey debut, ReelPlay COO David Johnson said that they are delighted Golden Nugget has picked their games and has thus become their first US partner.

Mr. Johnson went on to say that they remain committed to pushing the boundaries of game development and delivering games of “the highest possible quality in New Jersey” that are supported by “all manner of campaign and marketing opportunities in the truest sense of partnership.”

Scientific Games SVP Casino and Platforms Dylan Slaney said that they are excited to “bring another round of breakthrough experiences to players in New Jersey” and that this launch “builds on our Open Gaming ecosystem which gives developers and innovators the opportunity to offer their content to more players than ever before.”

Golden Nugget Online Casino SVP and General Manager Thomas Winter commented that their casino is a leading sponsor of innovative slots content in the US market and that the partnership between Golden Nugget, ReelPlay, and Scientific Games enables the casino to provide its players with “an exclusive first look at games that are pioneering the online slots industry.”