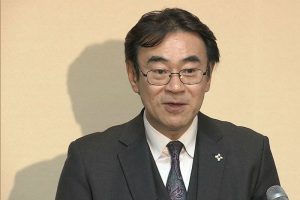 Tokyo’s top prosecutor, Hiromu Kurokawa, is set to resign after a report from a local magazine that he played mahjong for money and did so during Japan’s state of emergency in the face of the coronavirus pandemic, potentially dismissing social distancing guidelines.

Mr. Kurokawa currently serves as the chief of the Tokyo High Public Prosecutors Office. According to a report from weekly magazine Shukan Bunshun, the prosecutor played mahjong for money with two newspaper reporters and an employee of another newspaper on May 1 and May 13.

Japan is currently in a state of emergency to curb the spread of the coronavirus that has been having the world in its clutches for the better part of the past six months.

Gambling is illegal in Japan with very few exceptions, and playing mahjong for money is not one of these exceptions.

Mr. Kurokawa is believed to be widely favored by and close to Japanese Prime Minister Shinzo Abe. In addition to his involvement in the gambling scandal, Tokyo’s top prosecutor has also been at the center of massive public outcry over the Japanese government’s efforts to raise the retirement age for the country’s prosecutors to 65 from 63.

The measure emerged namely after Mr. Kurokawa was allowed to stay in his post after he turned 63.

Prime Minister Abe’s administration abandoned the measure after opposition leaders accused the government of trying to secure a retroactive legal basis for its decision to let Mr. Kurokawa keep his post.

Mr. Kurokawa being found to have gambled during the state of emergency is the latest of many recent setbacks for Prime Minister Abe, whose administration is currently facing waning public support and heavy criticism over its response to the Covid-19 crisis.

Asked about the gambling scandal involving Tokyo’s top prosecutor, Prime Minister Abe told reporters earlier today that the government was looking to confirm the facts of the matter.

According to independent political analyst Atsuo Ito, there will naturally be a fresh wave of criticism over the scandal and it will certainly be damaging.

It should also be noted that this is the second gambling-tinged scandal Prime Minister Abe’s government has had to cope with in recent months.

Late last year, a senior Japanese lawmaker was arrested for taking bribes to back a Chinese gambling company’s bid to win the right to build a casino resort in the country. Tsukasa Akimoto, a former member of the ruling Liberal Democratic Party was indicted on bribery charges for taking around JPY7.6 million in cash and gifts from sports lottery operator 500.com between 2017 and 2018.

The lawmaker maintained his innocence, but his arrest and indictment came as a big blow to Prime Minister Abe’s efforts to bring casino gambling to the country in a bid to increase international visits and secure new revenue sources for the country’s coffers.